The Irish economy is expected to grow by more than 3% in 2017, but remains highly exposed to economic uncertainties stemming from the Brexit decision. 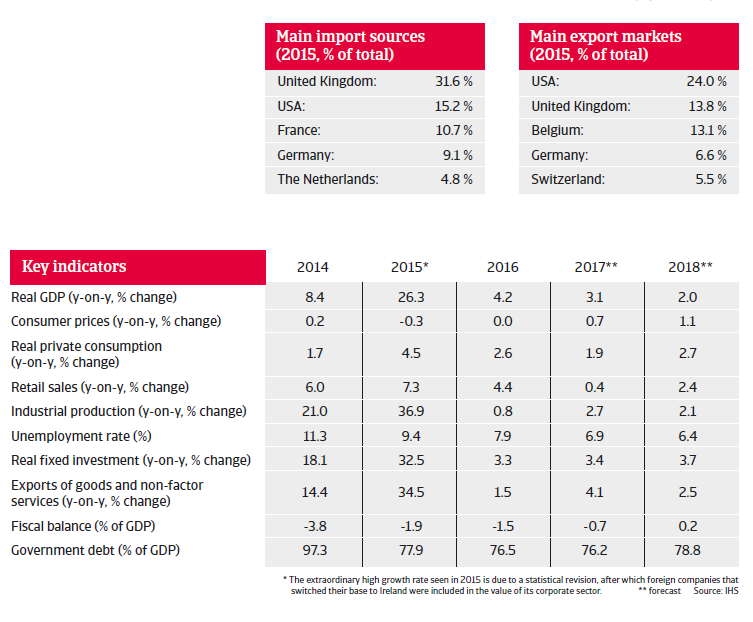 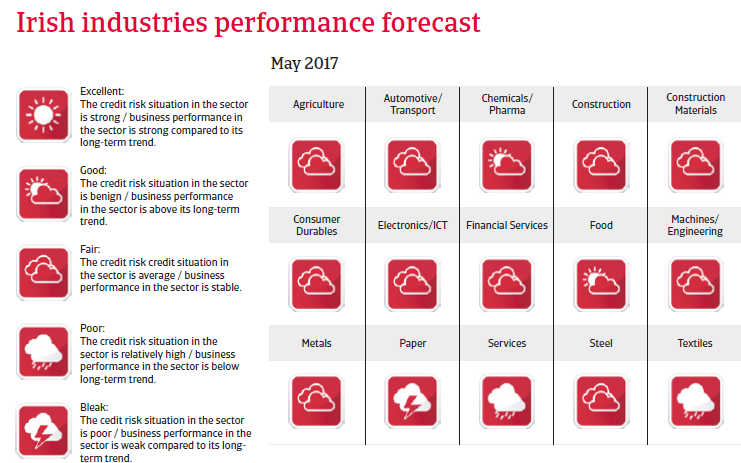 After six years of increases, Irish business insolvencies finally started to decline in 2013. However, this positive trend slowed down to a 1% decrease in 2016, while in 2017 a 3% decrease is expected. That said, businesses dependent on exports to the UK (e.g. in the food sector) are increasingly suffering from the depreciation of the British pound against the euro. 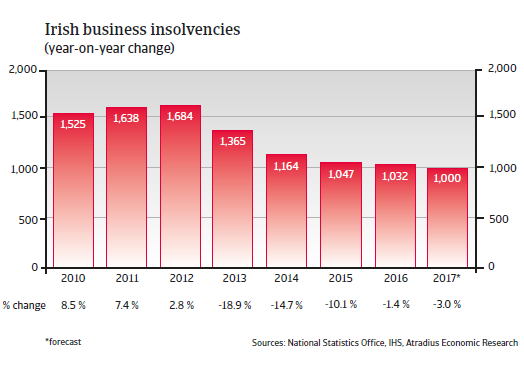 The Brexit decision casts its shadow 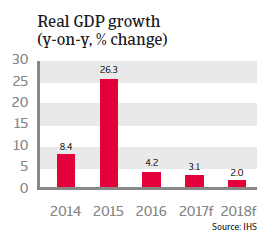 The Irish economy grew robustly in 2015 and 2016, based on solid domestic demand, investment and export growth. International investors seem to appreciate the government’s efforts to reduce the public deficit and have regained new trust in the (long-term) sustainability of public finances. In 2017 GDP expansion is expected to continue, although at a slower pace (up 3.1% and 2.0% respectively), sustained by further growth in exports and investments. Unemployment is expected to decrease further. 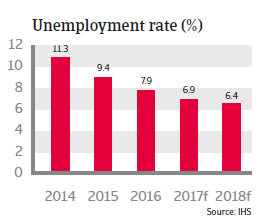 However, due to the importance of the British market (which accounts for about 14% of Irish goods and 20% of services exports) the repercussions of the Brexit decision have started to affect business sentiment and certain Irish sectors, e.g. the depreciation of the pound sterling has already hurt Irish agricultural/food products to the UK. Therefore, a potential economic downturn in the UK and the outcome of the EU-UK negotiations in the coming two years (towards a “soft leave” or “hard leave”) will immediately affect Ireland´s economic performance.

After Denmark (56.4%) and Greece (52.1%), Ireland has the highest average of sales made on credit terms (48.2%) in the Western European countries surveyed.

2017 is a major election year in Europe. Election gains of populist parties could undermine support for European cooperation and threaten reforms.