In 2015, Austrian business insolvencies decreased by 5%. However, in 2016 the pace of corporate insolvency decrease is expected to slow down to just 2%. 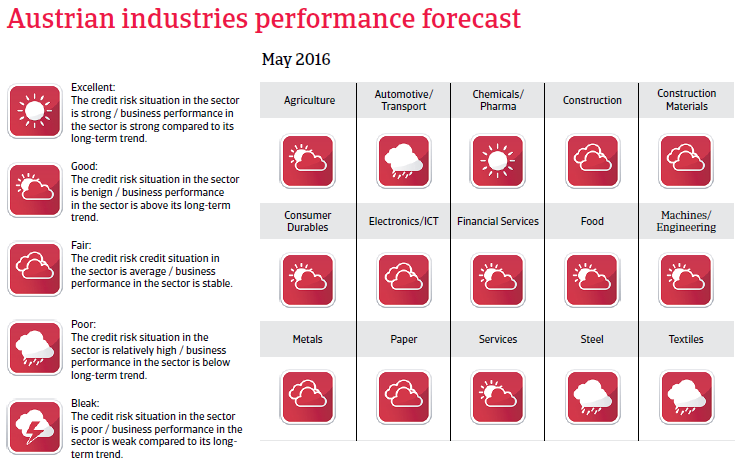 Pace of corporate insolvencies decrease expected to slow down in 2016 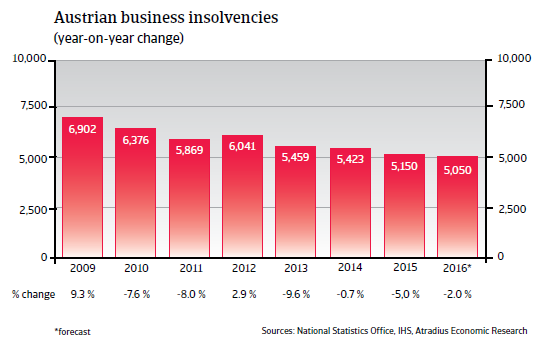 Austrian business insolvencies decreased by 5% in 2015. However, this positive trend is expected to slow down in 2016, with insolvencies forecast to decline just 2%. 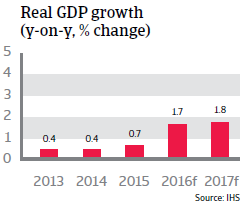 The Austrian economy recorded modest growth of 0.7% in 2015, sustained by rising investments and exports. With an increase of only 0.2%, private consumption growth remained subdued hampered by increased unemployment (9.1%) and lower wage growth. 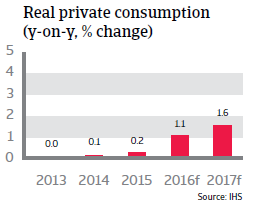 Private consumption is forecast to increase 1.1% due to an income tax reform in place since January 2016 and slightly decreasing unemployment. Investments are also expected to pick up this year.

Due to late payment, nearly twice as many respondents in Austria (21%) than in Western Europe delayed investment, in property, plant and equipment.

Insolvencies are forecast to fall only 3% across advanced markets in 2016, the worst performance since 2012.

Poor payment practices of B2B customers caused financial distress on businesses in Western Europe and a ripple effect throughout the whole supply chain.